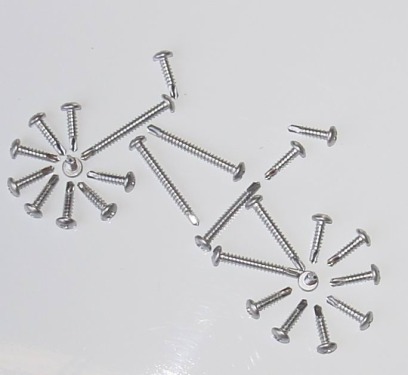 It is reported that the preparation work for the 6th Guangzhou Fastener Trade Fair is now in full swing, 70% of the booths have been reserved, and the official website of the exhibition has also made its debut. The exhibition will be presented in front of your exhibitors, buyers and visitors with a new look, professionalism, rich content and thoughtful service.

Emergence of opportunities in the crisis, adjustment will bring new development, China's fasteners, industrial upgrading is the time. In November 2011, let us meet at the 6th Guangzhou Fastener Trade Fair!

In 2011, the shadow of inflation shrouded the Chinese market. According to data released by the National Bureau of Statistics on the 9th, the national consumer price index (CPI) rose by 6.4% year-on-year in June, the highest level in three years. In order to restrain prices from rising, the central bank has raised the reserve ratio six times and raised interest rates three times. It is rumored that the interest rate will be increased by 1-2 times during the year and the reserve ratio will be raised once.

The frequent withdrawal of liquidity from the bank has made the bank's credit quota tighter, and it has also made it increasingly difficult for SMEs to raise funds. This coupled with labor shortages, land shortages, electricity shortages, rising costs of raw materials and labor, appreciation of the renminbi, instability in export markets... The traditional manufacture of fasteners has been tested, squeezing the survival and development space of enterprises.

In this regard, Chang Sihang, the head of the 6th Guangzhou Fastener Trade Fair Organizing Committee, also expressed approval. She said that the â€œMade in Chinaâ€ manufacturing advantages of low-cost and low-cost are gradually being lost. It is crucial to break the current difficulties. It also lies in the accelerated transformation and upgrading of the industry, seeking upgrades in terms of brand building, technological innovation, strategic layout, and industrial structure, and enhancing product added value and bargaining power.

â€œNow the power failure and the use of diesel for power generation are too expensive, coupled with rising wages of workers and rising raw material prices, companies have difficulties in surviving. They have received a single person and have had power cuts.â€ The reporter complained.

The owner of a fastener factory in Dongguan also said: "Now everything is going up. Plant rents, raw material prices, and labor costs are all going up badly. There are so many places to spend money. The funds are not easy to find, because the factories are small. Loans are very difficult and the days are not as good as before."

This is not a case. According to the Gold Spider Reporter, fastener companies generally report that this year's pressure for survival has increased. China's official manufacturing Purchasing Managers' Index (PMI) fell to a new low of 50.9 in June, approaching the 50% warning level in June. It also confirmed the fact that the economic growth rate has dropped and the pressure on companies to survive has increased.

The reporters found that the exhibitors invested more financial resources and energy than ever before in the booth layout of the Guangzhou exhibition. Many fastener companies' purpose of exhibiting is quietly changing. They put forward higher requirements for the Golden Spider Exhibition. They no longer simply want to get orders. They are more hopeful that the organizers can provide a platform for corporate promotion and brand image display. For example, the equipment company Zhejiang Super has continued The exhibition was held in Guangzhou. The exhibition booth was expanded from the original 36 square meters to a 90 square meter atmosphere. Zhejiang New Oriental, Shanghai Fescos, Haiyandao Lesen, CSR Meishan, Haiyan Haiwen and other well-known fastener companies all booked large areas. Booth.

According to Chang Siang, the 6th Guangzhou Exhibition will use various innovative methods to increase propaganda, display the most cost-effective Chinese fastener products to the world, and change the foreign customers' homogeneity and inferior quality of Chinese products. Impression makes the show a booster for enterprise transformation and upgrading.

The person in charge also disclosed that, in terms of promotion and supporting services, relying on the Golden Spider platform, the Golden Spider Exhibition was vigorously promoted on Chinese and English websites, the quarterly "Fasteners" magazine, and the UK's procurement guide CFD, and media coverage for large-scale coverage was established at the same time. The platform cooperates with well-known websites, magazines, media and newspapers in and outside the sea to display exhibition advertisements and participate in the world-famous fastener-related exhibitions... and specially establishes domestic and foreign professional buyer invitation groups for long-term large-volume buyers. And the procurement group to give key invitations.

"We have always been committed to helping China's fastener companies accelerate their development and move toward the world. With the help of Golden Spider media's influence in the domestic and overseas markets, we have created the Golden Spider Exhibition as the best platform for companies to develop markets and create brands. The fastener exhibition will be held twice a year. The scale of the exhibition, the number of exhibitors, and the number of visitors will all be at the leading position in similar exhibitions around the world, said Ms. Chang.

According to industry experts, the RMB will appreciate 4.3% against the US dollar to 6.20 in the coming year. The export situation will be more severe, the industry competition will become increasingly fierce, and the industryâ€™s reshuffle will further accelerate. Whether it is policy promotion or active change, the companyâ€™s All will accept the baptism in the market test, stay strong and weak, build a new pattern of the industry brand. Therefore, if you want to get a slice of the competition, you should start the brand, use the brand tension, and gain new space for development. 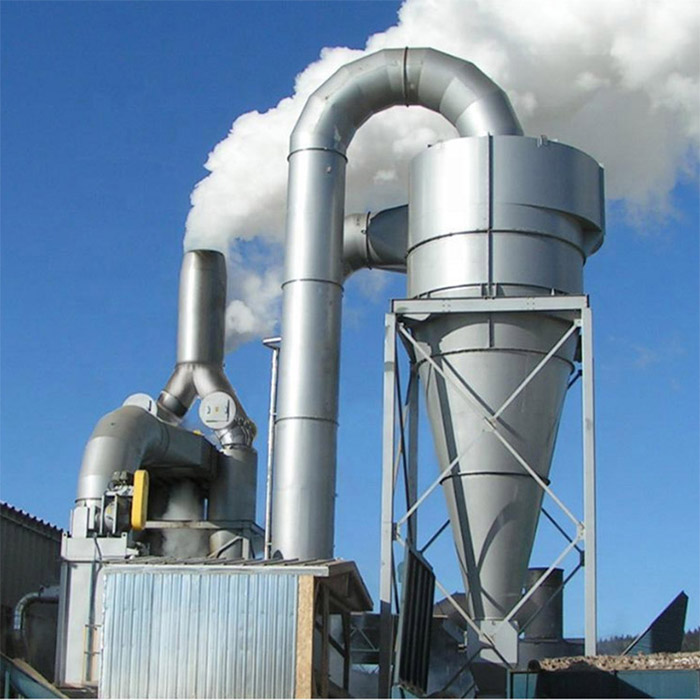 A cyclone sepatation is a method of removing particulates from an air, gas or liquid stream, without the use of filters, through vortex separation. Totational effects and gravity are used to separate mixtures of solid and fluids. A high speed rotating air flow is established within a cylindrical or conical container called a cyclone. Air flows in a helical pattern, beginning at the top of the cyclone and ending at the bottom end before exiting the cyclone in a straight stream through the centre of the cyclone and out the top. Larger particles in the rotating stream have too much inertia to follow the tight curve of the stream, and thus strike the outside wall, then fall to the bottom of the cyclone where they can be removed. In a conical system, as the rotating flow moves towards the narrow end of the cycone, the rotation radius of the stream is reduced, thus separating smaller and smaller particles. The cyclone geometry, together with volumetric flow rate, defines the cut point of the cyclone. This is the size of particle that will be removed from the stream with a 50% efficiency. Particles larger than the cut point will be removed with a greater efficiency, and smaller particles with a lower efficiency as they separate with more difficulty or can be subject to re-entrainment when the air vortex reverses direction to move in direction of the outlet