In order to control the dust pollution of the city's roads, the dust in the city was controlled within two grams. The Municipal Committee continued to increase the control of dust pollution and adopted a series of control measures, and obtained the support of the municipal government. The city finance has allocated special funds for two years, purchased several dust-control equipment such as sweeping vehicles, and delivered them to the main city. Each vehicle is equipped with a satellite positioning device and monitoring device to supervise its operation and operation results. This has played an important role in ensuring basic operations. 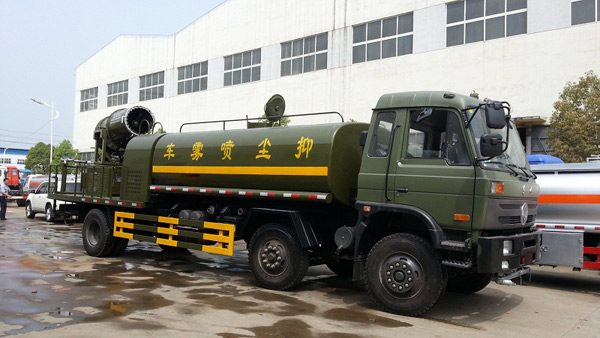 In the low-traffic period of the afternoon of the day before yesterday afternoon, a special gun for dustfall emerged. On the overpasses and on the road, citizens rushed out of their mobile phones and kept patrolling the astonishing â€œwater jetâ€. â€œThe water spray range of this multi-functional dust-reducing vehicle can reach 100 meters backwards and 60 meters upwards. Considering that there are pedestrians and pedestrians on the road during the day, there are other vehicles behind and the water cannons are specially designed for spraying water mist. The range control is less than 30 meters. In this way, the momentum is astonishing," said the person in charge of Zhongzhong Sanitation Company in Yuzhong District. Under full-load operation, a water cannon can suppress the dust above and behind two or three lanes. The power of the water cannon can even drop the dead leaves on the tree to the ground to facilitate the cleaning of the equipment. .

"Water cannons have cooling effect in summer. Standing on the side of the road, the temperature of body temperature is obvious. After falling dust in winter, the air can be felt in the line of sight. The dust in the air is entrained and dropped to the ground." To control and reduce Road dust pollution, Yuzhong District, every day from 4 am to 7 am, will arrange the sprinkler to wash the ground with high-pressure water, general sweep, the person in charge, said, "previously sweeping, and now is to wash the floor, within a week to complete the area All sidewalks are washed.â€ â€œThe leather shoe booths in Yuzhong District are less than before, and the opportunity to polish shoes is reduced.â€ In order to quickly dispose of the white garbage that is constantly being produced on the road, multiple battery-powered fast-cleaning trucks have been on the road to replace workers. Walking picking up trash can greatly increase work efficiency.

The new guy who cleans the road in Jiangbei District is a scrubber with "abdomen flushing function." â€œThe scrubbing function with the abdomen flushing function is one of our inventions. It mainly deals with the soil that the smuggling vehicle sneaks out at night and spills the mud. The high-pressure water jet that is installed on the abdomen sprayer can directly press the compacted mud. Loosely, the scrubbing car that followed was very conveniently sucked away, and the road surface soon became clean, said Wang Anming, head of Xinbei Company's Jiangbei branch. In addition to using this new machine designed by itself, Jiangbei District used all equipment and equipment for the cleaning of roads and roadside junctions. It was the first time that high-pressure water trucks rushed to the corner and used high-power scrubbers. Suck away to avoid creating a sanitary corner. Their workers also used a quick cleaning vehicle to allow workers to clean the road as quickly as possible and to eliminate the potential safety hazards. 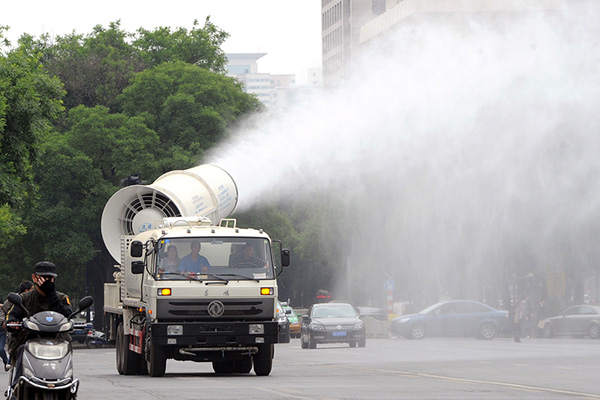 "The machines are used more. Now we have less time to go down the road to sweep the floor." A few years ago, when the sanitation workers swept the road in the Hongqihe River Valley, the car that had been driven was scraped. "Now we only sweep the sidewalk. It means that you will not go to the road under the curbstone, unless there is an unexpected situation on the road. We will call the car for the first time. Each vehicle is equipped with a driving recorder that can monitor these. We have also set up monitoring equipment, and once we have found a sudden situation on the main road, we will shout and let the cleaning company immediately handle it. If it does not, the inspector will find out. At the scene, the cleaning company will be subject to demerit points, etc. The marketization will be adopted and more energy will be put on management. After implementing the new cleaning model in accordance with the requirements of the Municipal Sanitation Bureau, we have calculated that The total amount of dust on the main road is less than 1 gram per square meter, and all sanitation workers in the municipal sanitation are responsible for the cleaning of the area, and the operating area is almost equivalent to that of the entire Yuzhong District. Because the resident population is relatively intensive, it is very difficult to do cleaning work. â€œWe use a centralized washing street every day and reciprocate the cycle. With new equipment and clean roads, the ground hasnâ€™t been dirty before. One ton of water can achieve the flushing effect that can be achieved with the previous two tons of water. In recent days, sanitation workers have demonstrated to the public a new type of garden sprayer . The staff used a remote control device to operate a spray truck for demonstration of vertical and horizontal spraying. The garden sprayer was mainly used for public sanitation, garden sanitation units and pesticides. Spraying, landscaping, etc. This type of sprayer is independently developed by a scientific research unit in the city, with a vertical range of more than 35 meters and a horizontal range of more than 50 meters, which solves the problem of insect prevention at the top of tall trees. After 9 o'clock, atomization vehicles were used to carry out dust reduction on the roads, and then the scrubbing vehicles that followed could be able to drain most of the sewage stains, with less impact on residents and passers-by.

Since this type of equipment has been established, it is felt that no more than one gram of dust should be achievable. In the past, solid waste was used as a measure of good and bad indicators. Now it uses dust as an indicator. This process reflects the refinement of sanitation and cleaning. It further promoted the development of the city and promoted the process of urbanization so that the city could develop as quickly as possible. (Text / Kang Shaowu)